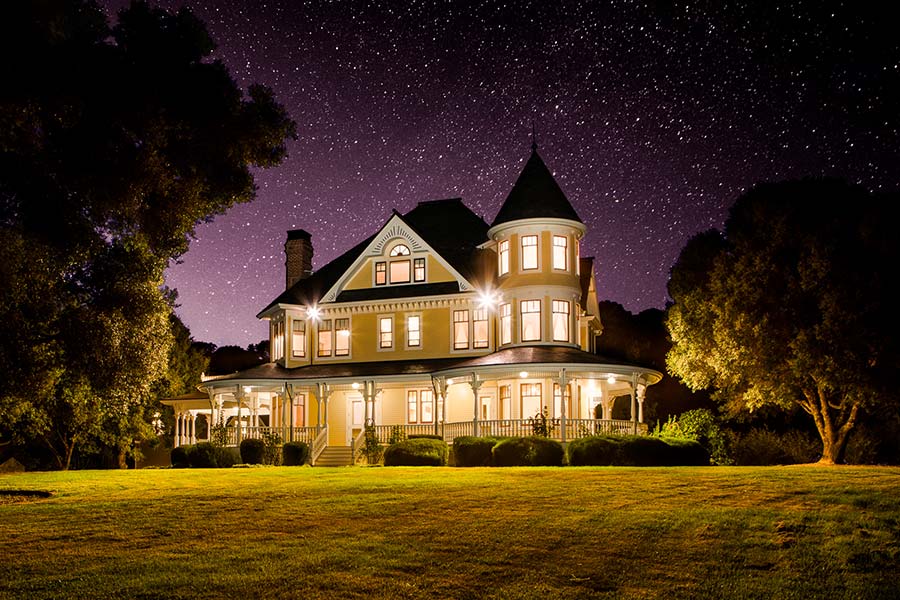 After previously reporting the East Ranch estate in California’s Redwood Valley was pending sale following a live auction held on the property site on September 17, 2016, Miami-based auction house Platinum Luxury Auctions has announced that the transaction has closed at a price of $6.215 million. The sale price is equal to 114% of the property’s most recently appraised value, according to an appraisal report furnished by the ranch’s owners. Platinum managed the sale in cooperation with listing agent Chris Iverson of Menlo Park real estate brokerage Dreyfus Sotheby’s International Realty.

“This closing marks our fourth consecutive auction sale in the state of California,” stated Trayor Lesnock, Platinum’s president and founder. “Ironically, we have yet to really focus our business development efforts there, but I expect that to change.” Platinum is also handling the upcoming auction of an ocean view mansion in Laguna Beach, CA, which is scheduled for sale on November 18.

With the plus-$6-million sale price, the auction’s reserve price of $3 million – that is, the lowest price for which the seller was obligated to sell the property – was more than doubled. “Many firms shy away from auctions with reserves, but this is an excellent case study for the results that are produced by a very effective reserve price, especially as opposed to the ‘bait-and-switch’ auction models we unfortunately see many firms using in today’s marketplace,” stated David Ashcroft, Platinum’s director of business development and a spokesman for the sale.

Mr. Ashcroft elaborated that many property auctions in today’s market are promoted as being “absolute” or “without reserve,” but instead of allowing buyers to truly name their price at a live bidding event – the hallmark of an auction with no reserve price – buyers for these auctions are aggressively pursued for bids and offers prior to the live auction sale. This turn of events sours many buyers on the experience, in some cases causing them to abandon their interest in the given property entirely. Further, many auctions are cancelled or withdrawn if these advanced bids or offers are not attractive enough to the seller. “It’s certainly a gray area,” Ashcroft added, “The irony is that the model is promoted as being better for the seller when in fact the opposite is true, as we see time and again.”

Conversely, listing agent Chris Iverson noted that he and his clients were drawn to the straightforward transparency and methodical management of Platinum’s auction process. “Platinum’s program was exceptionally well-managed from start to finish,” said Iverson. “In fact, I sincerely believe that Platinum’s management of the actual, day-of-auction bidding process added another $500,000 to $1 million to the ultimate sales price.”

More information on the sale is available at CaliforniaLuxuryAuction.com, or by contacting Platinum’s corporate offices at 800.262.5132.