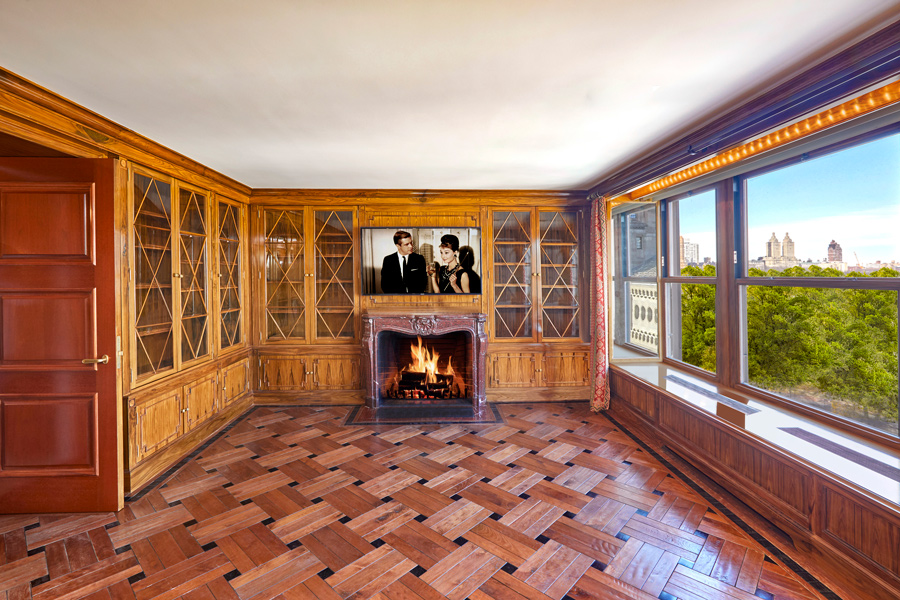 Platinum Luxury Auctions, a Miami-based auction firm and New York real estate broker, has reported the pending sale of a full-floor condominium in New York City’s Upper East Side, following its auction of the property on Friday, February 19th. A total of 14 bidders registered for the no-reserve auction, which was conducted via a live, real-time bidding event held in the residence. The non-contingent sale is scheduled for a rapid closing in approximately 30 days.

The property is located at the 838 5th Avenue building in the Lenox Hill neighborhood, and was first brought to market at $27.5 million before the seller elected to expedite the sale via Platinum’s non-distressed auction process. It’s one of only ten condominium units in the ultra-exclusive building. Occupying the entire 10th floor, it offers a 4,500-sf interior with 3 bedrooms, 3 full and one-half baths. Its standout feature is perhaps its 46-ft wide great room with direct views of Central Park. The boutique building was converted to condominiums from a commercial space in 1999.

While pricing is confidential until the time of closing, Platinum reported the sale is an “8-figure number” that landed within its range of pre-auction predictions.

“Each bidder had plans to extensively renovate the apartment and we knew they would factor this into pricing to varying degrees, so we were pleased to see how robustly they still competed on Friday to drive the price,” said Trayor Lesnock, Platinum’s founder and president. Lesnock is also the broker of record for the sale.

Lesnock applauded his team for its work on the marketing campaign that preceded the auction.

“The exposure our team produced for the apartment – especially during this unique time in New York City – was exceptional. In only 5 weeks, the property’s webpage garnered more than 31,000 visitors, resulting in 86 formal buyer inquiries from around the world and a large, 14-bidder audience. Only 1 bidder was truly investment-minded.”

“The others were all end-users who wanted to move in,” he added.

The unique sales approach for a Manhattan property having a lofty price tag and a notable provenance – the seller is the family of the late James M. Nederlander, an iconic Broadway producer – caught the attention of various media outlets such as the Wall Street Journal, Forbes and Barron’s/PENTA in the weeks leading up to the sale. “The family is quite market savvy and understood the value of utilizing our luxury auction platform in order to generate a date-certain, market-driven sale in New York’s changing property environment,” stated David Enriquez, Platinum’s vice president.

The buyer was represented by Whitney Didier and The Didier Team at Douglas Elliman. While his identity is also confidential, the auction house shared that he is a businessman in the property and finance sectors who primarily lives in California. He and his family plan to renovate the residence prior to occupancy.

Additional information on the sale and the property can be obtained by visiting PlatinumLuxuryAuctions.com or by contacting Platinum’s corporate office at 800.262.5132. This luxury auction® is Platinum’s second in the Big Apple. In May 2019, the firm offered a 2-story condominium for sale in the tony Beekman area of Manhattan’s Turtle Bay neighborhood.