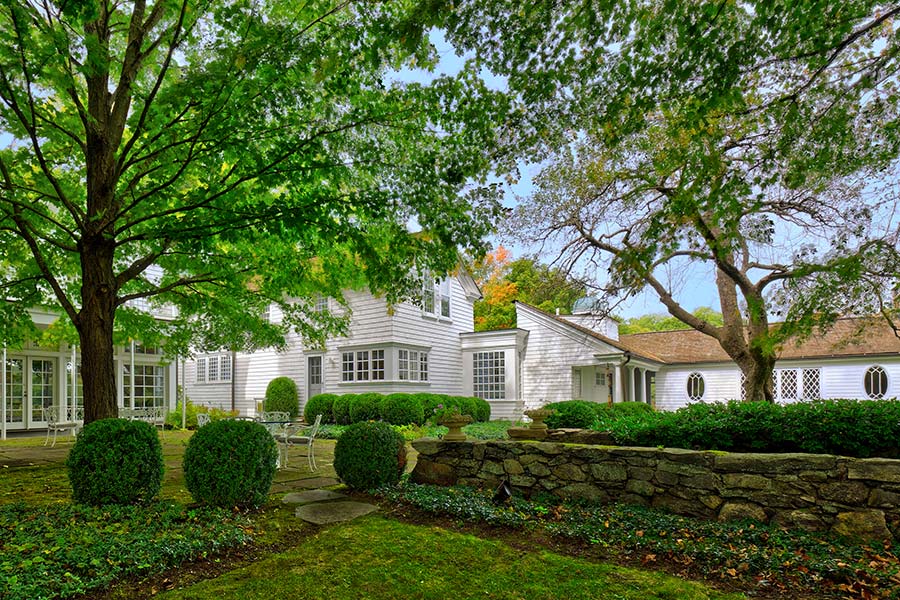 Historic Connecticut Estate Dating to 18th Century to Be Auctioned

The home was previously listed for $5.5 million and is now selling at or above $1.25 million

A historic estate in Redding, Connecticut, previously listed for $5.5 million, will hit the auction block with a reserve price of $1.25 million next week.

Built in 1768, the estate was restored in 1902 by famed New York by architect Noble Foster Hoggson, who specialized in building banks, according to the listing. Property records show current owner Janice Meehan and her husband Matthew bought this place in 2006 for $3.1 million.

“Our kids have grown up and we travel a lot … It’s time to turn this place to another family,” Ms. Meehan said.

The estate was on the market for $5.5 million in May of 2014 but failed to sell. After several price cuts, the property was relisted for $2.995 million in February this year, according to Zillow.

“We invested $5 million to $6 million into the house,” Ms. Meehan said. “But the economy has been bad and not many people want to buy a seven-figure property.”

According to Ms. Meehan, her husband built a heated 8,000-square-foot two-story barn after they moved in. The barn was built to residential standards in order to house a car collection but can also be converted to an equestrian facility or a guest house.

The couple also added a heated pool and a pool house with a covered, outdoor dining area, too.

The historic property has been upgraded to 21st-century standards by previous owners, but Noble Foster Hoggson’s architectural signature remains, including the wooden shake-shingle siding and roof, concrete and stone foundation and the wooden frame construction. The gardens designed by Hoggson features a reflecting pond and grapevine-covered arbors.

The country estate will be auctioned off at the property on Oct. 28.  Phone bidding will also be provided by Platinum Luxury Auctions, but a representative of the bidder has to be onsite, according to Trayor Lesnock, president of the auction company.